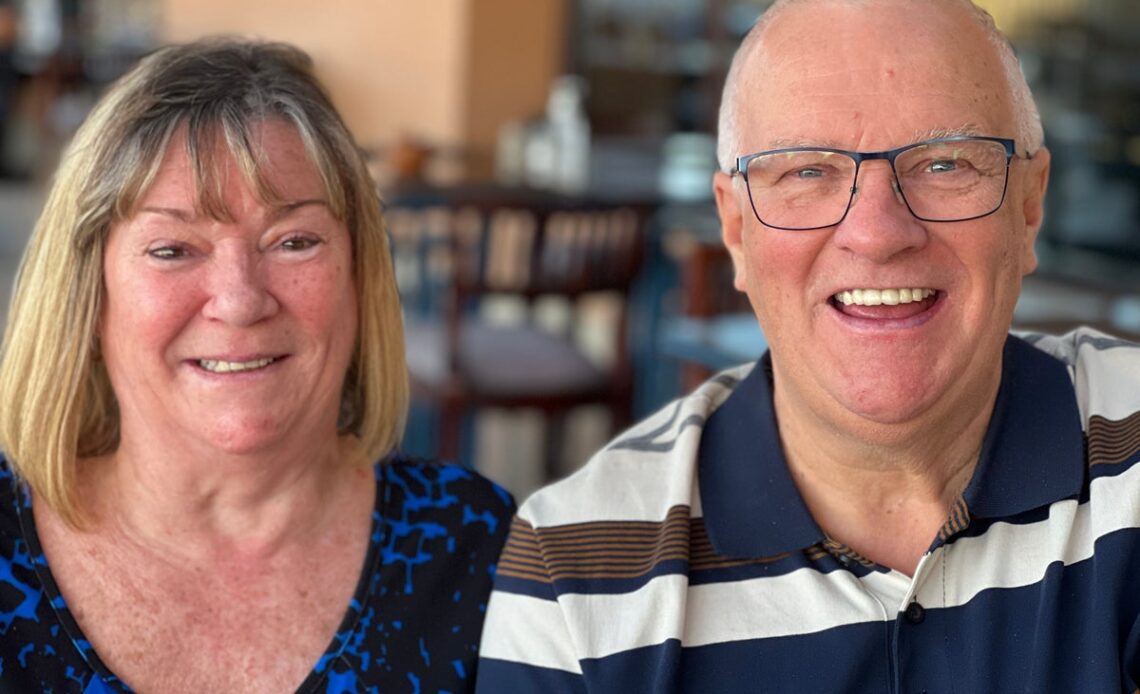 “It’s cheaper to be here,” chorus Brenda and John Stewart-Davis, as they sit on the terrace at the Stella Gardens resort on Egypt’s Red Sea coast. “We’ve switched our heating off, so our electricity and gas bills will be on the service charges, really,” says Brenda.

“Because we’re retired we’re indoors all day, so we would have the heating on. Now we’re sitting without coats on in flip-flops.”

The couple are retired publicans from Kent, who believe they have landed the holiday bargain of 2023. In October they saw that easyJet Holidays was promising four weeks in Egypt for £650 per person. The figure includes flights with luggage from Luton, Gatwick, Manchester or Bristol; transfers between the airport and the Stella Gardens; and all-inclusive accommodation at a resort rated five stars, in Egypt at least.

“The weather’s fabulous,” Brenda, 60, points out as the winter sun shines from a clear blue sky. “The people are fabulous.”

John, aged 70, picks up the theme: “The hotel’s fabulous. No complaints.”

They are only a few days into the 28-day trip – in very select company. The £650 price was a very limited loss leader. The Independent met arrivals from Hurghada airport on the four specified flights from the UK, and found a total of only 12 people who said they had managed to snap up the easyJet Holidays deal.

The travel firm – the package holiday subsidiary of Britain’s biggest budget airline – has refused to say whether there were more than a dozen beneficiaries.

Brenda and John Stewart-Davis actually paid less than the quoted deal, picking it up for £609 each – equivalent to just £21.75 per day for escaping a British January. They also had to pay $25 in US dollars for a visa on arrival.

“The only thing we’ve factored in is money for tipping,” says Brenda. “All the staff are so pleasant.”

They certainly are, with meticulous service even in a property where fun feels industrialised. Finish a cup of tea or a glass of beer and another will magically appear unbidden. The deal includes unlimited drinks – though one mild grumble from a British guest is: “The glasses are too small.”

The Stella Gardens resort has more than 700 rooms together with three restaurants, eight swimming pools, mini-golf, table tennis and a…