Canadians in search of a deal on flights to Europe will soon have another option. Reykjavik-based Play Airlines, also known as PLAY, is set to launch a new ultra-low-cost route to John. C. Munro Hamilton International Airport, just outside of Toronto.

As of June 22, 2023, Canadians can fly from Hamilton to Europe via Iceland with PLAY, which is offering attractive introductory fares as low as $132 (CAD) per direction.

Play Airlines has announced a new route between Reykjavik (KEF) and Hamilton (YHM), which marks the ultra-low-cost carrier’s first foray into Canadian airports.

The service is scheduled to begin on June 22, 2023, with flight times as follows:

PLAY will use its fleet of Airbus A320neo and Airbus A321neo aircraft for this route, which it also flies to destinations in the United States and Europe.

The flights, which are to be operated daily, are loaded into PLAY’s schedule, and can be booked throughout the schedule.

Fares can be found for as low as $132 (CAD) per direction, and the inaugural sale is set to last until January 31, 2023. If you have your eye on a cheap flight to Iceland or Europe next summer, be sure to have a look at the fares before then.

Flights between Hamilton and Reykjavik are around six and half hours southbound, and just shy of six hours northbound.

Where Does Play Airlines Fly?

PLAY had its inaugural flight from Reykjavik (KEF) to London Stansted (STN) on June 21, 2021. Since then, the airline has expanded its network to include destinations in Europe and North America. 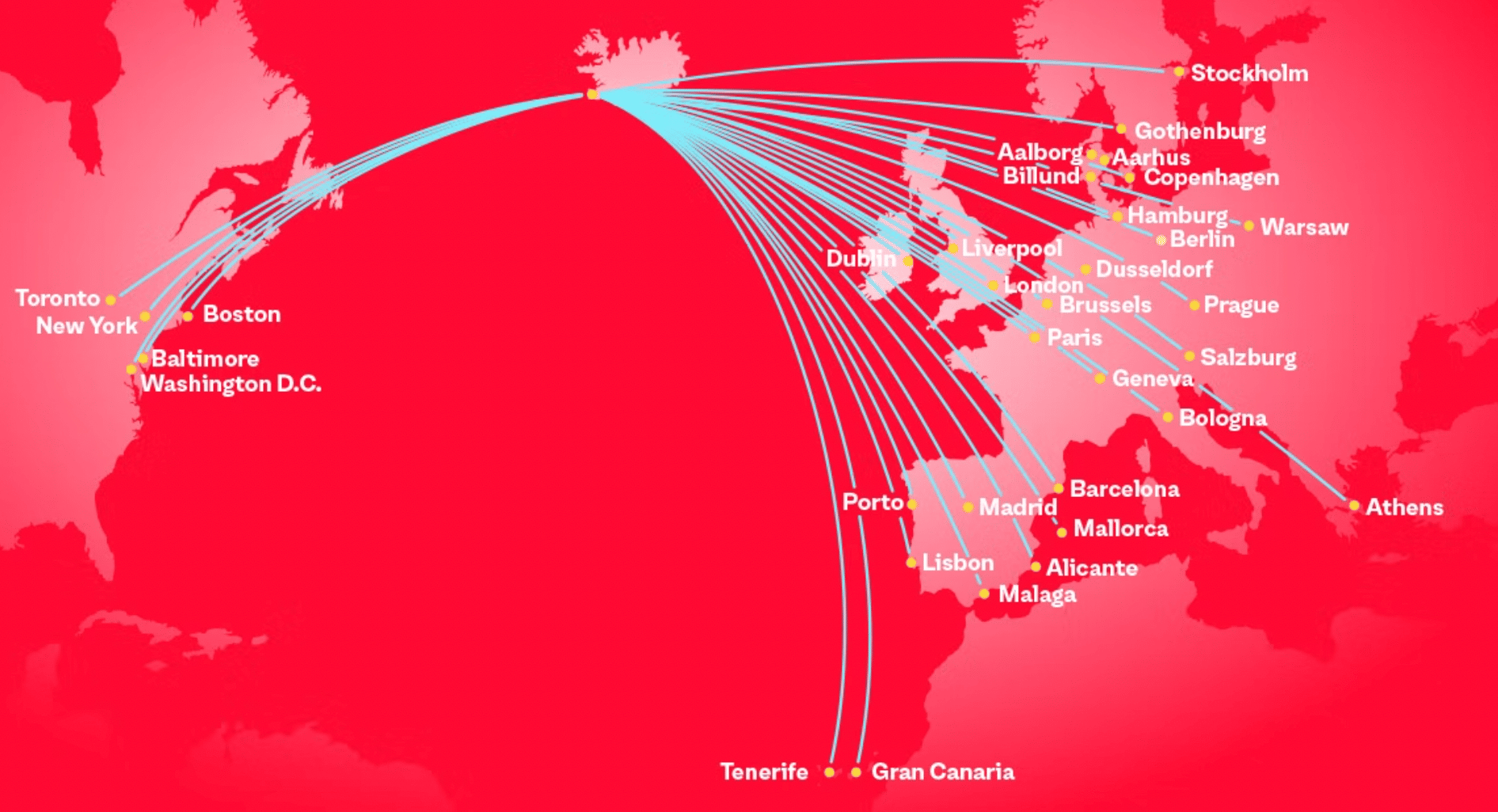 The vast majority of PLAY’s destinations are in Europe, with flights to the Gran Canaria (LPA), Athens (ATH), Stockholm (ARN), and many major European cities in between.

Passengers departing from Hamilton can enjoy single-connection access to many popular European destinations.

How Is Flying with Play Airlines?

Play Airlines is an ultra-low-cost carrier that offers a no frills flying experience. You won’t find any entertainment, Wi-Fi, or magazines…