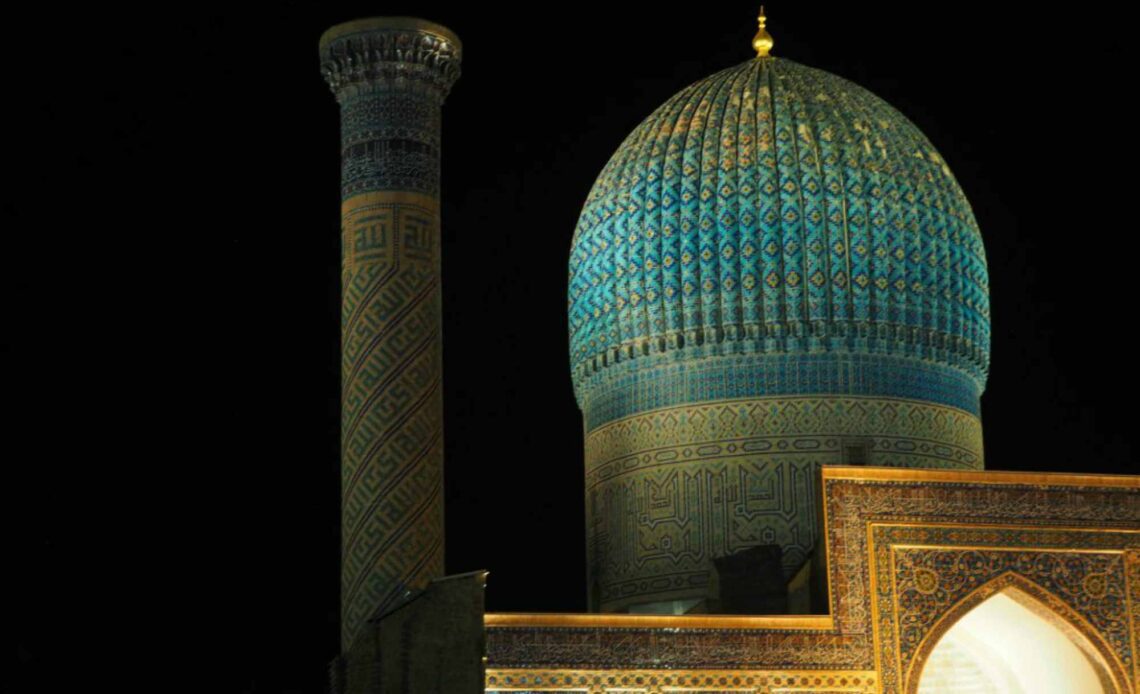 If you’re not sure what places to visit in Uzbekistan then check out our guide on some of the top spots in this beautiful Central Asian nation!

Uzbekistan is growing in popularity as a travel destination and is home to some of the Islamic world’s most stunning architecture, pretty epic scenery and a fair number of reminders of its brief stint as part of the Soviet Union.

Without further ado, let’s check out some of the best places to visit in Uzbekistan.

The Most Incredible Places to Visit in Uzbekistan

Uzbekistan is a relatively small country and each of these places is quite accessible with a one or two-week itinerary.

Uzbekistan’s capital is the largest city in Central Asia. A sprawling metropolis of almost 2.5 million people, it is here where Tashkent’s Soviet past is most apparent.

The area around Amir Timur Square and the Navoi Theatre is home to plenty of Soviet-style buildings. Giving the impression that the influence of mother Russia is still strong here.

For the majority of travellers, Tashkent is their first stop. Sadly it doesn’t get a lot of love from the travel community, with many seeing it as a more of a get-in-get-out kind of place.

However, if you scratch the surface you’ll find there is plenty to see and do, with the city offering a very different experience to anywhere else in the country.

Check out old Tashkent around the Kolkuz Canal. Get lost in the hustle and bustle of Chorsu or immerse yourself in one of the cities many museums.

Alongside this, there’s some lovely Islamic architecture. Although it’s not really on par with Uzbekistan’s ancient cities, it’s certainly nothing to scoff at.

Khast Imam and Tashkent’s Islamic University are well worth checking out. The modern, but little known Minor Mosque is also particularly lovely to visit at sunset.

After the collapse of the Soviet Union, the country was ruled by it’s President/Dictator Islam Karimov.

Since his death in 2016 the country has opened up to the outside world. But it’s still one of the world’s most repressive states.

Head to the Islam Karimov museum close to Kosmanavtlar subway station for an understanding of the cult of personality that surrounded and, to some extent, still surrounds Mr Karimov.

READ MORE: Check out all the…