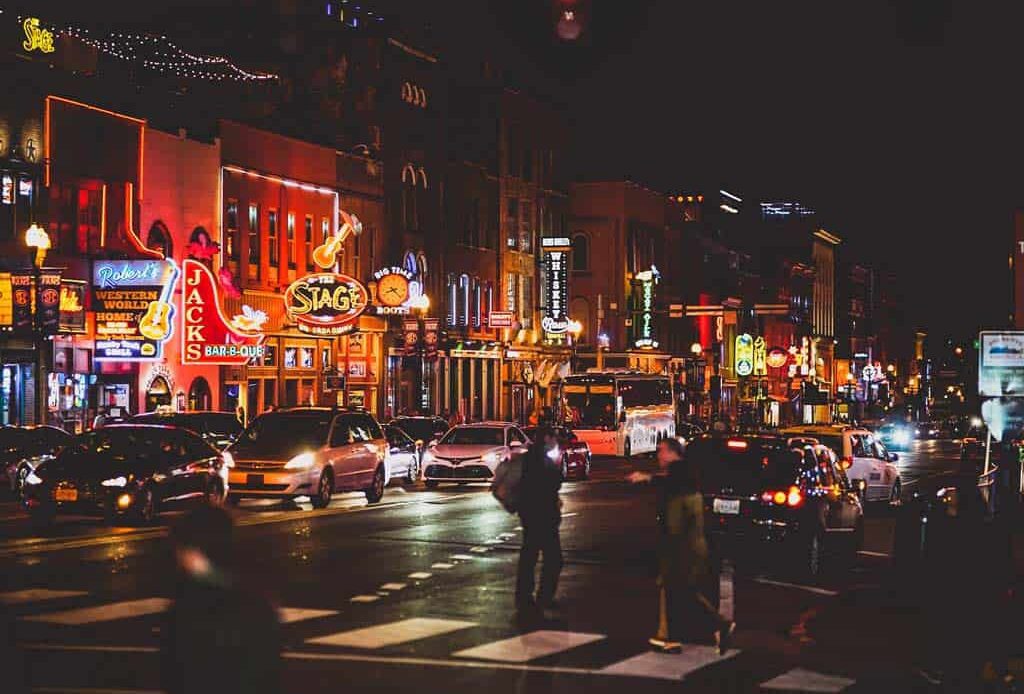 Wondering what activities and attractions you can’t miss in the Music City? Our guide to the best things to do in Nashville is just what you need!

Thanks to great weather and famous nightlife, Nashville is a year-round destination.

It’s an exciting place to be morning, afternoon, or night. How many cities can boast the same quality live music at 10 am versus 10 pm?

Of course, much of your time in the Tennessee State Capitol will revolve around music.

But if you give yourself enough time, you’ll be able to discover a well-rounded city.

Nashville’s culinary scene will rock your socks off.

Its beautiful parks make for a relaxing balance and the handful of historic buildings and neighborhoods help show life in Nashville beyond the bright lights of Broadway.

The 21 Best Things to Do in Nashville

The Music City can be a place to let your hair down and boogie to six-string guitars.

But it also has plenty to offer when you want to rest up your dancing legs.

Nashville’s rise to an international destination is on the back of its famous Broadway.

Otherwise known as the Honky Tonk Highway, this is downtown Nashville’s main thoroughfare and is lined with pubs, clubs, and bars, filled with amazing musicians and adoring crowds.

It’s a scene you’d expect to find cover charges. Such is the quality of the live music performances. Yet each door opens early and closes late, never charging you a single dollar to listen to some of the best up-and-coming musicians in the country.

Beyond the tunes of six-string guitars, you’ll have some of the city’s best restaurants serving mouthwatering Southern fare (hello, chicken and waffles) not to mention shops to pick up some cowboy boots, the Opry, and the Cumberland River.

Before the rowdy madness of Broadway put Nashville on the tourist trail, the Grand Old Opry House put the Tennessee city on the radar of music lovers across the United States.

The now world-famous Opry is a live music venue but also the home of America’s longest-running radio show. The venue is often called the Church of Country Music, and visitors from across the globe make the pilgrimage.

The Grand Ole Opry first opened in 1925 and today it’s the dream of musicians to be invited (yes, invited) to play on…