Canada and US to Offer New NEXUS Interview Option 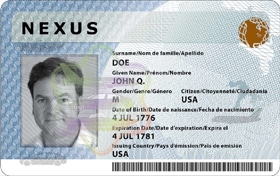 For almost three years, NEXUS enrollment centres in Canada and the United States haven’t been operating as they did prior to the COVID-19 pandemic, which has resulted in a huge backlog of applications.

In April 2022, the United States began re-opening enrollment centres, and in December 2022, a small number of Canadian centres at land borders reopened for processing the Canadian part of the interview.

In a joint announcement between Canada and the United States, it was revealed that a new option will soon be available for NEXUS interviews in Spring 2023, which is meant to help address the massive backlog of applications. Canadian enrollment centres at certain airports will reopen for interviews, and passengers will then complete their second interview at U.S. Customs prior to a flight to the United States.

In Spring 2023, travellers who have been conditionally approved for a NEXUS application will be able to complete their interview in a two-step process at some Canadian airports.

Once certain Canadian NEXUS enrollment centres are reopened, applicants will complete the Canadian part of the interview with a Canada Border Services Agency (CBSA) representative in Canada.

The passenger will then complete a second interview with a representative from United States Customs and Border Protection (CBP) at pre-clearance facilities prior to a flight to the United States, thus completing the interview process.

Prior to the pandemic, a single joint interview was conducted with both CBSA and CBP agents present.

When the U.S. NEXUS enrollment centres reopened in April 2022, applicants could go through the interview stage with the CBSA and CBP agents in a single session. This required all applicants to travel to the United States, which wasn’t an option for many who don’t live near an enrollment centre.

In December 2022, a small number of Canadian NEXUS enrollment centres reopened at land borders. Applicants could then complete the CBSA interview in Canada, and then proceed to the United States for the CBP interview via the land border.

The reopening of NEXUS enrollment centres at Canadian airports marks another step towards clearing the massive backlog of applications. According to a press release from the CBSA, recent efforts, such as extending the hours of operation of U.S. enrollment centres and reopening some Canadian land-border NEXUS…