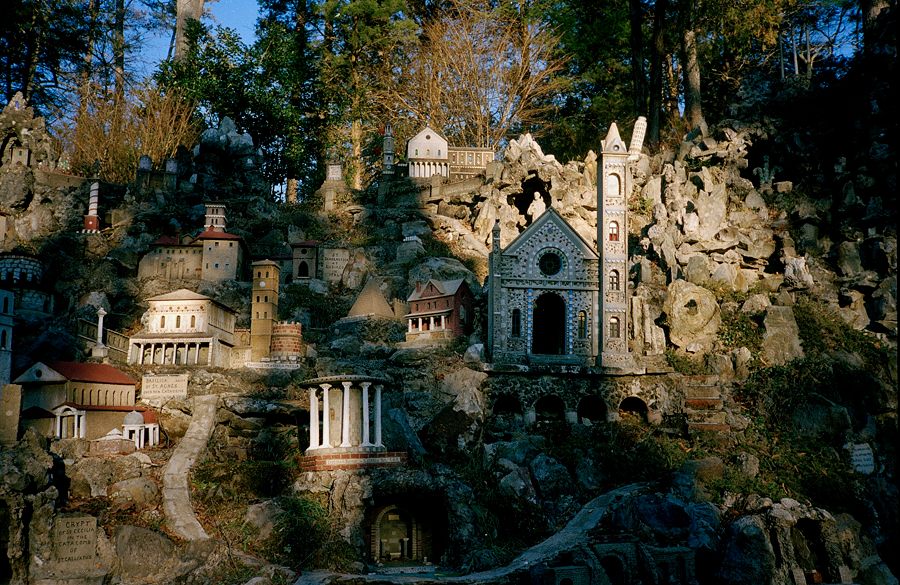 The sleepy northern Alabama town of Cullman is home to a unique religious shrine which has captivated visitors since the early days of the 20th century. Crafted almost entirely by a lonely Benedictine monk named Joseph Zoettl, the Ave Maria Grotto features miniature replicas of celebrated churches, statues of saints, and even a few secular characters and locations.

In the late 1800s, a young man named Michael Zoettl sustained a serious back injury. Zottel decided to leave his home in Bavaria to join the St. Bernard Abbey in Alabama. Michael Zoettl was barred from becoming a priest due to a spinal injury that resulted in a hunched back, so he became an ordained monk who took the name Joseph and spent his days shoveling coal in the abbey’s power station.

Working in the St. Bernard Abbey power station was a lonely, tedious job. To pass the time, Brother Joseph started to craft miniature holy buildings and likenesses of saints. Over time, Brother Joseph’s creations formed an intricate shrine in an abandoned quarry which became known as the Ave Maria Grotto.

Brother Joseph fashioned most of his creations out of cement, but added found items such as seashells or fragments of pottery to give the finished product some polish. Most of Brother Joseph’s miniatures are religious in nature, such as a replica of St. Peter’s Church in Rome. Eagle-eyed observers will notice a few secular miniatures in the mix, such as a likeness of a mysterious stone windmill in Rhode Island, and the St, Bernard Abbey power station where Brother Joseph spent countless hours.

Since Brother Joseph was a frail, solitary man who rarely traveled, he relied on postcards, books, and fragments of song and prayer to construct his miniatures. Some of the proportions of the buildings and statues that Brother Joseph created are slightly askew, but the attention to detail in each one of his works and the sheer volume of miniatures that he produced is truly awe-inspiring. The centerpiece of the Ave Maria Grotto—a statute of the Virgin Mary enshrined in an intricate, hand-carved cave—is as finely crafted as any work created by famed sculptor Michelangelo. 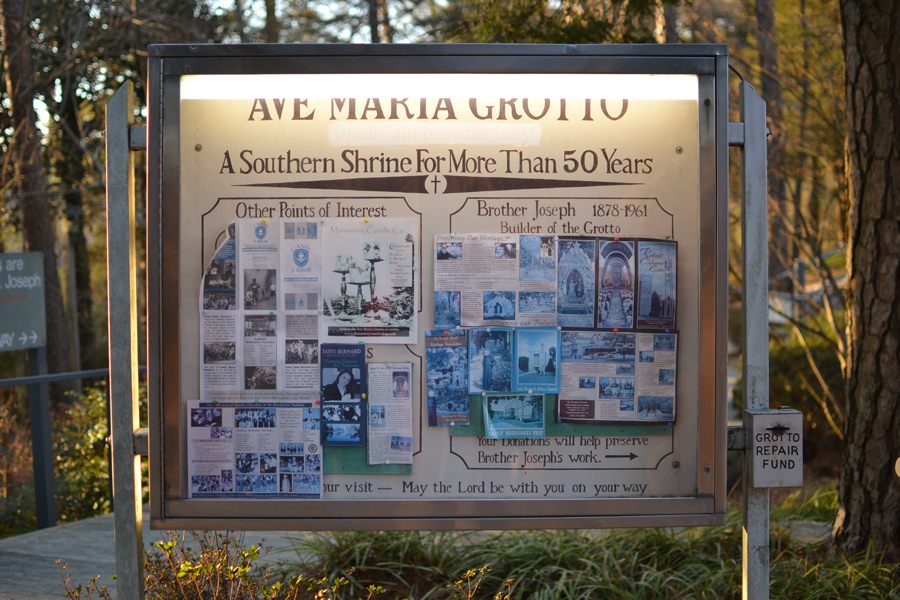 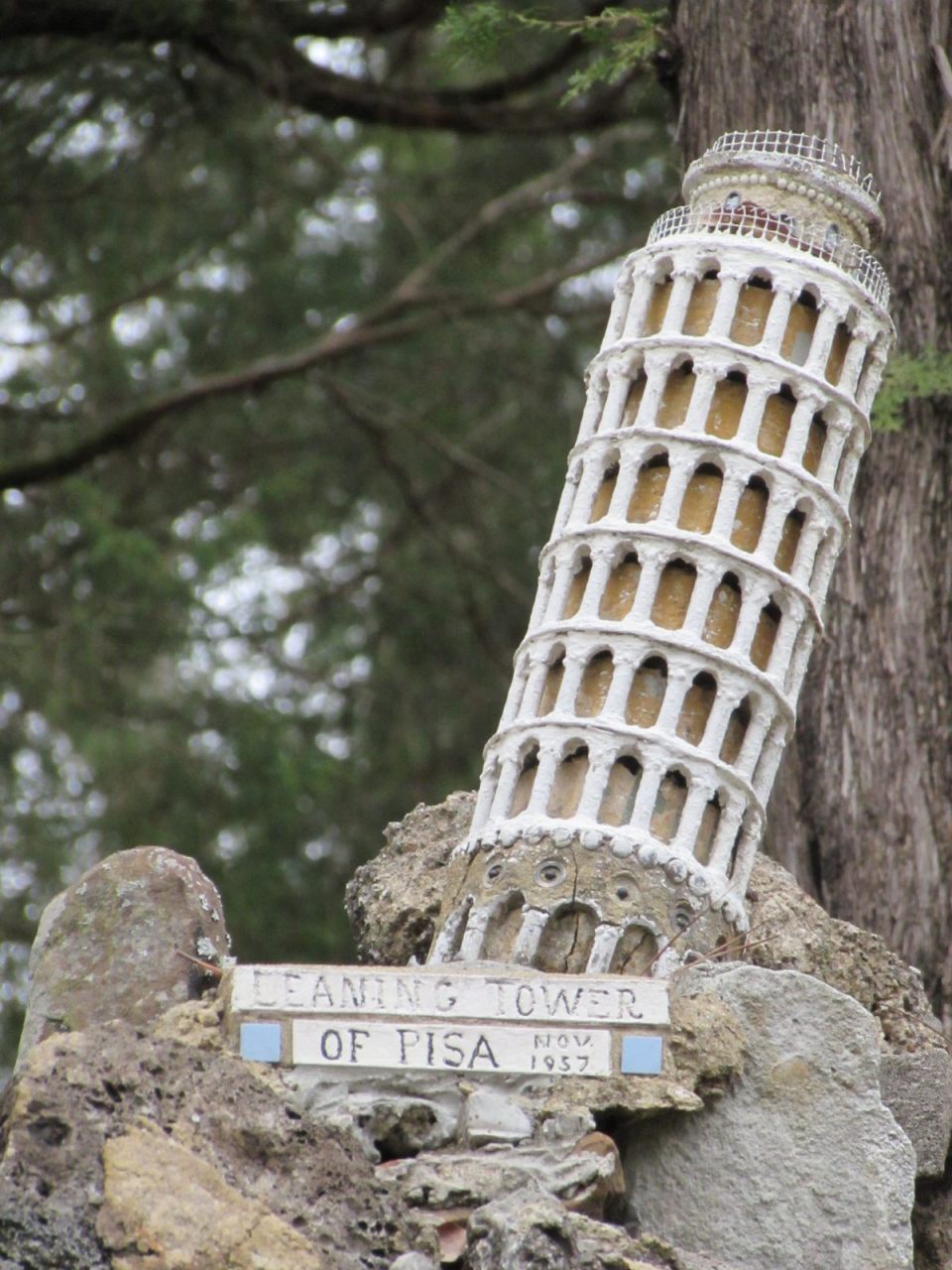 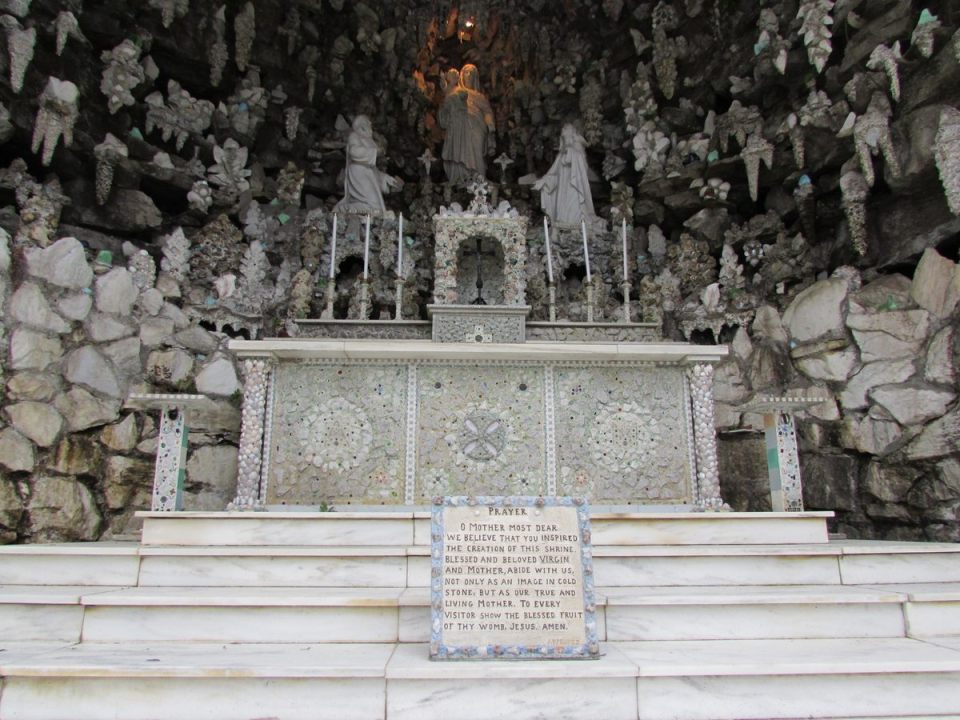 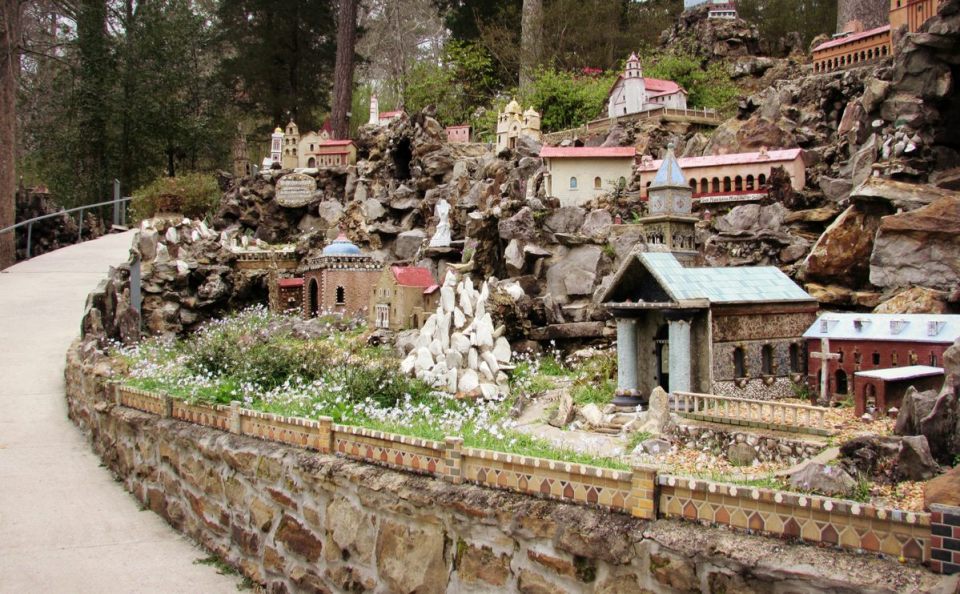 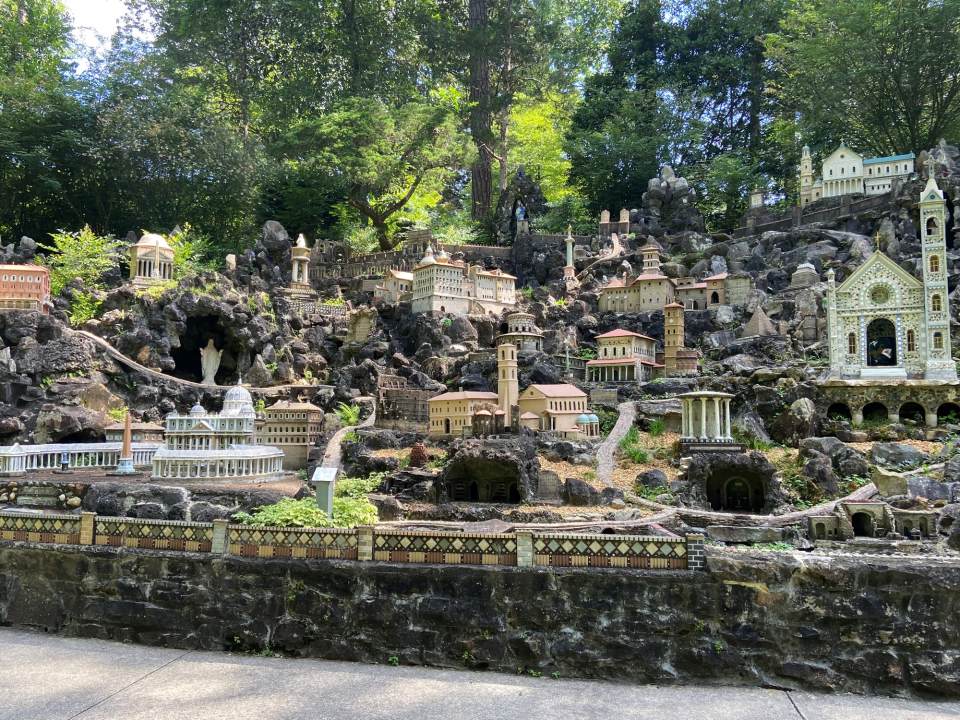 You don’t have to be religious to enjoy the beauty and splendor of the Ave Maria Grotto. A quiet afternoon spent taking in the details of Brother Joseph’s creations while birds chirp in the distance and a friendly abbey cat roams freely is an experience that you will surely treasure.