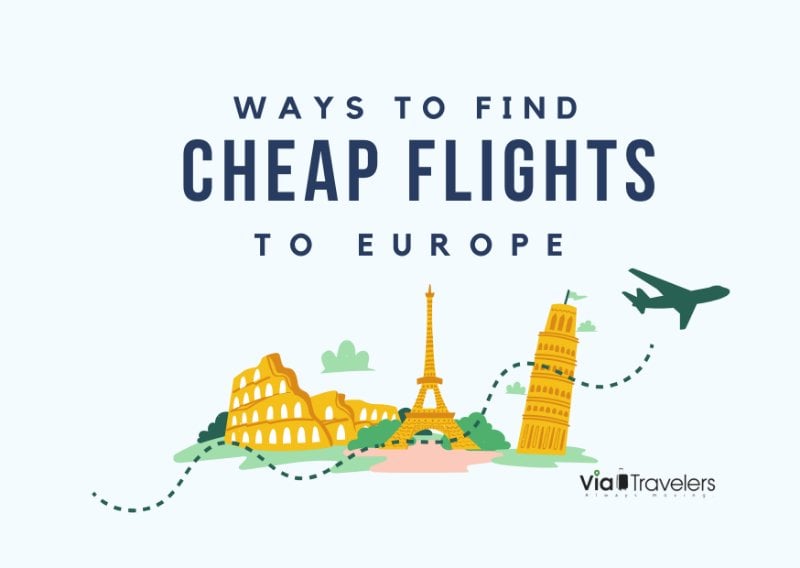 Have you noticed lately that the cost of flying to Europe seems higher than ever? With the downfall of many of the low-cost carriers, the continuation of never-ending inflation, and the post-pandemic rebound of travel, it feels like finding cheap flights to popular destinations on the other side of the pond is becoming impossible.

While finding cheap Europe flights has indeed become more difficult, it’s not impossible. Great deals are still out there and available to travelers who know how, where, and when to look.

In order to find cheap airfares, it’s more essential than ever to be familiar with the best tools and tricks. Travelers looking to snag a cheap Europe flight should be signed up for a fare finder like Going and perform manual searches on a site like Skyscanner. Plus, there are loads of other facts to know and tricks to try in order to secure the cheapest flight possible.

As you plan your dream getaway to the continent of old towns, picturesque countryside, and idyllic Mediterranean beaches, follow these tips to ensure your wallet isn’t empty upon landing. You’ll appreciate having the extra Euros on hand when the server asks if you’d like another Aperol Spritz.

To begin, let’s make sure you are signed up for the simplest and least time-consuming way to find flights at the best price; deal-finding services.

Rather than sit in front of your computer for an unknown amount of time to run endless searches, wouldn’t you rather someone else do it for you? That is a reality, and it really is one of the best ways to get the cheapest ticket with the least effort.

Flight deal finders have real people working around the clock with the sole task of finding amazing flight deals. Here are some of the best:

Here’s how it works – when you sign up, you tell them which airport or airports you are able to depart from. Then, you simply wait. When there’s a deal that’s notably great, they will send you an email immediately with the information, which you can use to take a look yourself and take action if you want to buy it.

They find flight deals to European countries quite often, especially from the…