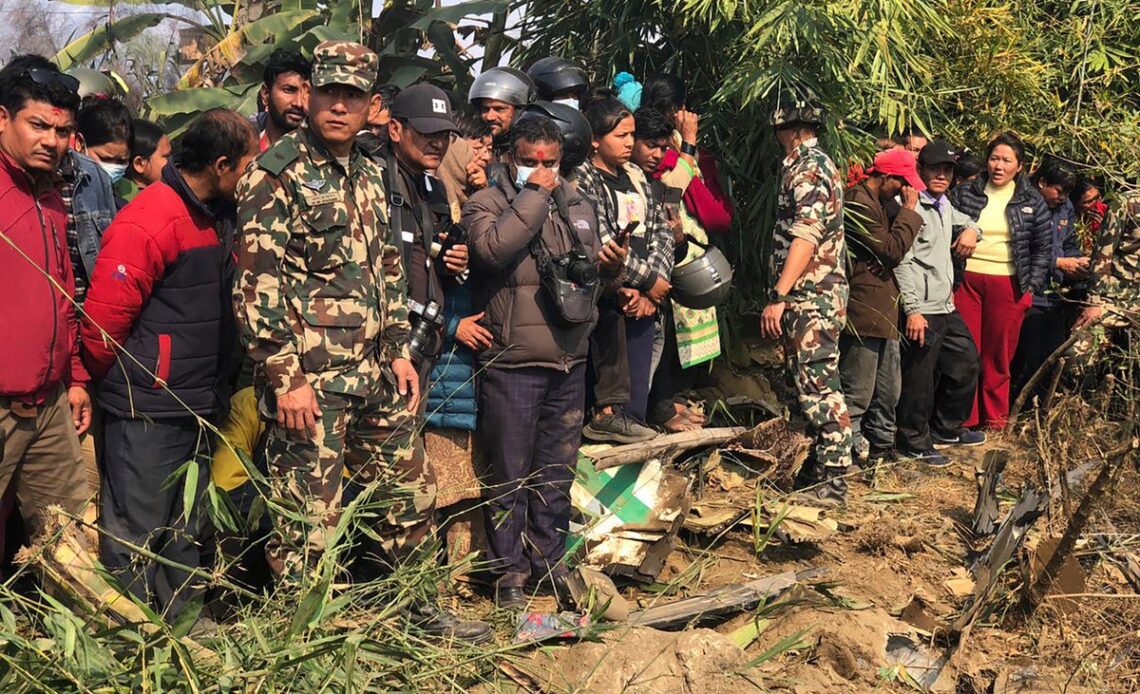 Almost everywhere in the world, passenger aviation has become extraordinarily safe. In 2022, the total aviation death toll of 174 corresponded to the average number of fatalities on the roads in an hour and a quarter worldwide.

Two weeks ago, Adrian Young of the Dutch air safety consultancy To70 reported: “The fatal accident rate is better than average over the last 10 years.”

But there is one country where plane crashes remain tragically frequent: Nepal.

On the Yeti Airlines website, flight YT691 on Sunday morning from Kathmandu to Pokhara is listed normally as “departed”. In reality, dozens of passengers are dead after the plane crashed on approach to Pokhara international airport.

The cause is not yet known. But with the latest incident, this time involving an ATR 72 aircraft, the Himalayan kingdom of Nepal has now suffered 13 tragedies in as many years.

The current sequence began in August 2010, when 14 people lost their lives on an Agni Air domestic flight from Kathmandu to Lukla, which had turned back because of bad weather at Lukla.

Twenty-two more people died aboard a Tara Air Twin Otter during a domestic flight to Kathmandu in December 2010.

In September 2011, 19 people lost their lives when a Buddha Air Beechcraft commuter plane crashed on approach to Kathmandu.

A year later, seven British passengers were among the 19 people who died on board a Sita Air Dornier 228 that came down shortly after take-off from Kathmandu, destination Lukla. They were at the start of what was to be a three-week trek.

The litany of tragedy continues. While crashes in parts of Africa, South America and the former Soviet Union are far from unknown, accident rates in Nepal resemble those from the early days of mass passenger air transport in the 1950s rather than the ultra-safe 2020s.

The challenging terrain and weather in Nepal demand pilots and engineers of the highest standard, but time and again they fall short.

The nation’s airlines tend to use old, ill-maintained aircraft, with inadequate training in, and enforcement of, international aviation norms. All of Nepal’s airlines are banned from operating within the European Union because of safety shortcomings.