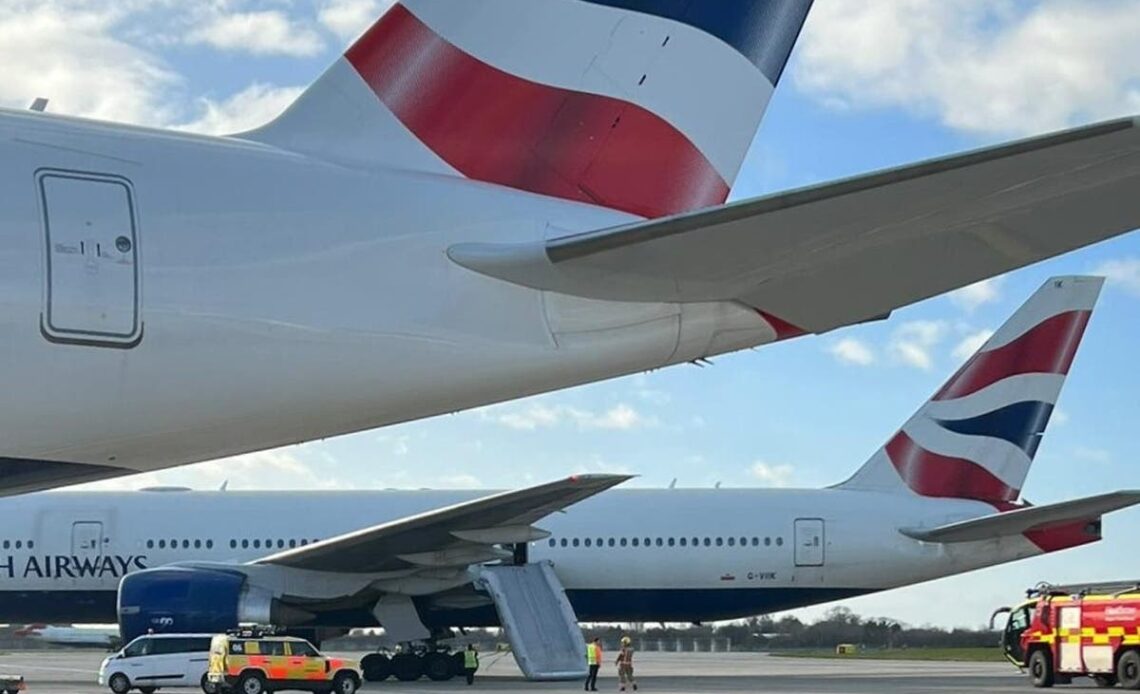 A new British Airways flight attendant had an embarrassing first day at work when he made a mistake which cost the airline around £50,000.

The staffer was working on flight BA75 to Lagos on Friday (13 January), and made the error as the plane was still taxiing down the runway at Heathrow, the airline confirmed.

The open door caused the Boeing 777’s emergency slide to inflate and spring from the side of the aircraft, prompting emergency services teams to surround the plane, thinking it was about to be evacuated.

Passengers were then delayed for four hours as the airline’s crew laboured to get the plane back in flying shape.

Aviation data analyst M Zulqarnain B shared pictures of the inflated slide, with a fire engine and police vehicle clearly visible on the tarmac below.

Engineers reportedly arrived to lift the slide from the airport tarmac, but it was decided that the plane needed a replacement slide.

In the end, another aircraft was sent to transport the frustrated set of passengers onward to Lagos.

The error may have cost British Airways more than £50,000, reported The Sun, given the replacement slide, the new aircraft and missing the flight’s original take-off slot.

The airline said it had provided passengers with food and drink vouchers during the wait and apologised for the incident.

“The aircraft returned to stand and customers disembarked normally. We apologised to customers for the inconvenience caused, provided them with refreshment vouchers and arranged a replacement aircraft so that they could continue their journey as planned,” said a BA spokesperson.

Human error during airport operations is always a possibility, but some mistakes are more dangerous than others.

On Friday night, a Delta Air Lines jet and American Airlines plane narrowly avoided a collision on the runway after the latter plane appeared to have turned into the wrong lane just as the former was speeding up to take off.

Shocking audio emerged of Air Traffic Controllers giving both pilots instructions, and eventually calling on the Delta pilot to abort take-off while…