A thought-provoking rail odyssey through the Balkans 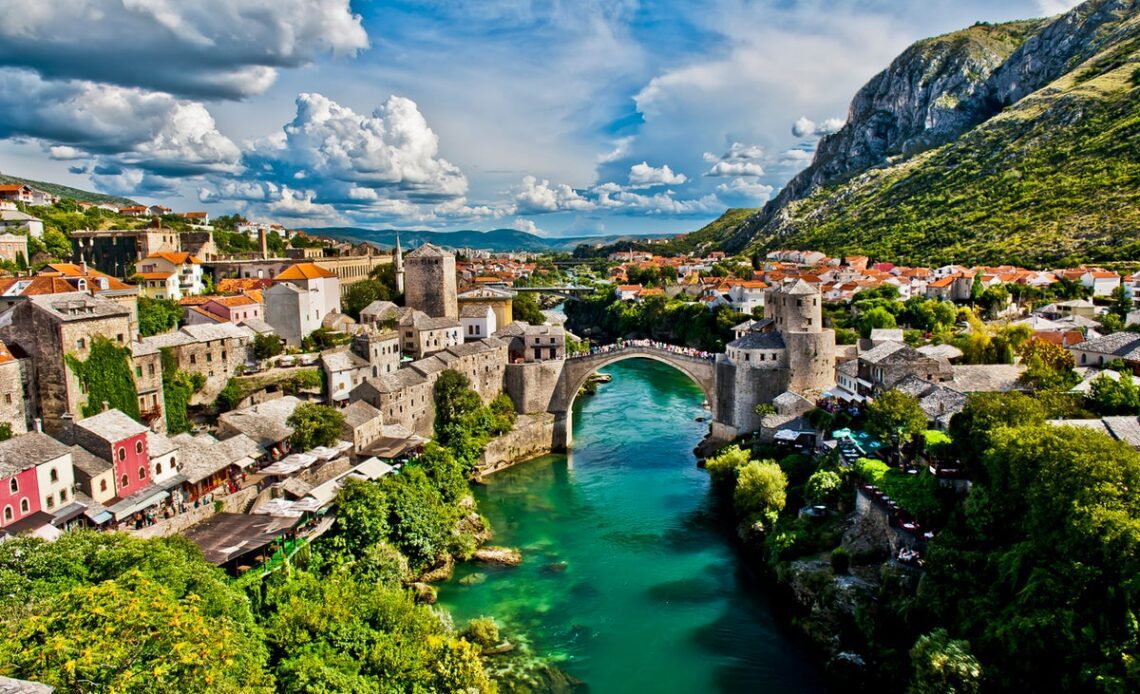 It was the moment I looked past the brash local graffiti and spotted dozens of bullet holes shot through the walls that it hit home. Or was it stumbling upon a cemetery with multiple thin, white grave markers emblazoned with the date “1993”,  like skinny soldiers standing to attention? Either way, it took a trip to the Balkans to fully appreciate the impact of the Yugoslav Wars of Independence, which took place just 30 years ago.

These traces of conflict caught my attention in Mostar, Bosnia and Herzegovina, at the end of a 16-night rail tour through the Balkan region, coloured by its struggles for independence following the death of dictator Tito, and the collapse of the Republic of Yugoslavia. Suddenly, they seemed starkly recent.

I’d joined a tour group of history-curious travellers, chugging our way through seven nations that made up the former Yugoslavia. Slovenia, Croatia, Bosnia and Herzegovina, Montenegro, Serbia, Kosovo and North Macedonia – you probably know the names, but have likely only visited the most holiday-marketed, Croatia, or perhaps Slovenia if you’re a trendsetter. In a bid to lower my carbon footprint, I’d joined this overland trip to these mostly untrodden lands, where we’d travel solely by rail, bus and even local trams.

Not only was it far kinder to the planet to zip between stops on public transport; it gave our tour group the chance to savour the scenery and learn more about the culture along the way.  Our key to understanding the Balkans was our guide, Jane (pronounced Yaneh), who introduced us to these under-the-radar countries, where lively conversation – often about football or politics – along with copious coffee drinking was a favourite way to spend time.

Fifteen of us assembled in Ljubljana, Slovenia for the start of the tour. There was a range of ages, with plenty of older travellers and several solo members in the mix.  After a brief orientation tour by a local guide, Ute, we were free to explore the lovely Slovenian capital, a bijou city with an attractive old town and a variety of shops and cafes. Strolling through the beautiful Romanesque market, skirted by the fast-flowing River Ljubljanica, I spotted clever farmers cutting out the supermarket middle man by setting up vending machines,…