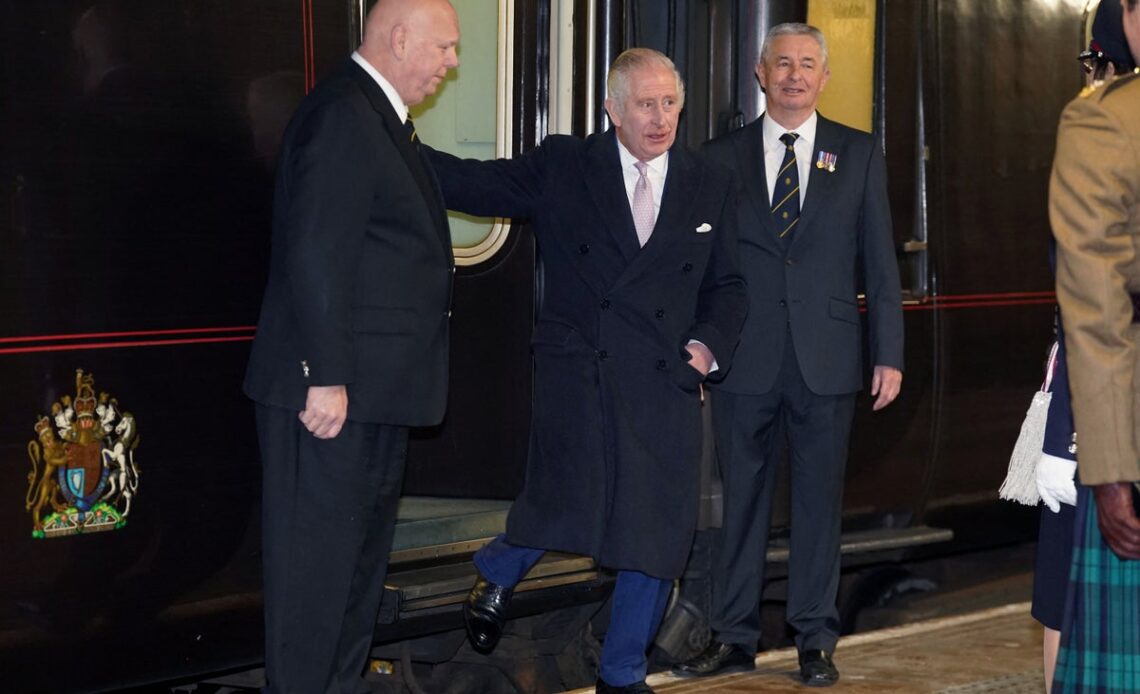 King Charles III has made his first journey on the royal train, which was said to be the late Queen’s “favourite way to travel”.

The King travelled from Ayr in Scotland to Manchester overnight on Friday, arriving at Manchester Victoria station on Saturday ahead of a series of engagements in the city.

There has been a royal train ever since 1842, with the present model coming into service in 1977.

According to royal correspondent Richard Palmer, the train costs between £25,000 and £30,000 to operate per journey; this is thought to include staffing costs as well as fuel and other supplies.

In 2019, Mr Palmer told the Channel 5 documentary Secrets of the Royal Train: “Every time they use the royal train … it tends to be, sort of, a minimum of £25,000, thirty-five thousand pounds”.

The train is mostly used by senior royals, who must be invited aboard by the reigning monarch. The first monarch to use it was Queen Victoria.

The nine-carriage train is somewhat fancier than your average UK commuter service, with a 12-person dining carriage, an office for the monarch to work from, and multiple bedrooms and bathrooms.

Its polished livery is painted in a shade known as “royal claret”; though in documentaries over the years, former staff have described the interiors as being decorated with items “you could find in Homebase or B&Q”.

The cost of operating the train has attracted criticism in recent years: in June 2022, royal accounts showed that Queen Elizabeth II had spent £100,000 of taxpayer money on the mode of transport, despite it only having been used three times.

According to one documentary, Secrets of Royal Travel, the train underwent a large update in the 1980s, including upping protection against machine-gun fire, rockets and bombs.

In December 2020, the Duke and Duchess of Cambridge embarked on a royal train tour of the UK, visiting Edinburgh, Manchester and Bath among other stops.

One of King Charles’ stops in the Manchester area is the Kellogg’s factory, which is marking 100 years of Kellogg’s in the UK.

“It’s not every day you come to work to meet the King of England!” one employee told Manchester Evening…