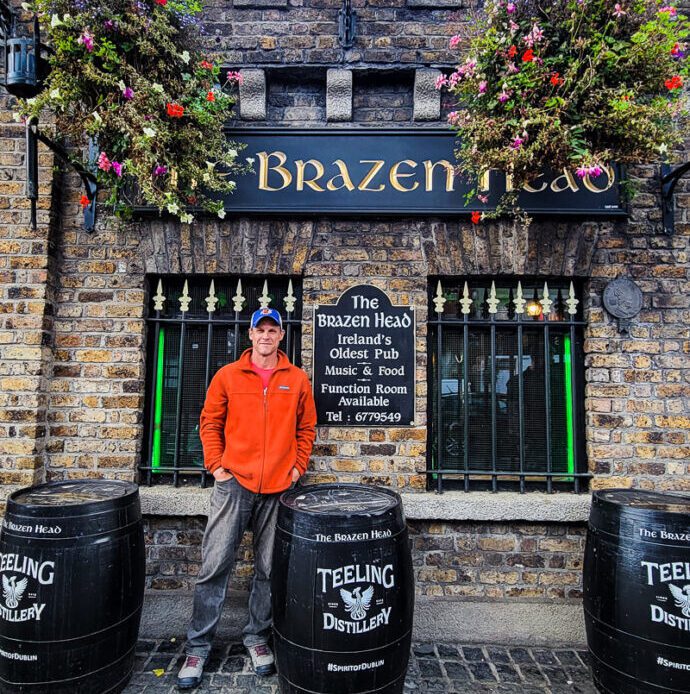 For me, travel is about accumulating memories and moments, and if you don’t know what to do in Ireland to create those memorable Ireland travel experiences as a first-time visitor, I’m here to help!

I lived in Dublin for 12-months back in 2003 and explored Ireland extensively then, and most recently did an 8-day Ireland trip called Green With Envy in partnership with Globus Journeys that covered a nice mix of top cities including Dublin and Galway, smaller towns, plus history, culture, incredible scenery and the addictive pub scene.

Ireland might be a small island but there are plenty of fun and unique things to do in Ireland, a place well known for its rich history, vibrant cities and small towns, rugged coastline, historic castles, pub culture, and green rolling countryside. I still feel like I’ve only scratched the surface.

Many of the experiences listed below I was able to do on my recent tour of Ireland, and if you’re interested in a tour with all the fun and none of the overwhelm and stress of planning your own independent trip, check out my 8-day Ireland tour with Globus, the group tour experts who make travel easy!

Indulge in a Pint of the “Black Stuff” (Guinness)

Let me start here, with one of my personal favorite things about Ireland. Few countries are as intrinsically linked to one drink as Ireland is to the black stout by the name of Guinness, it’s a big part of what makes up the culture of Ireland.

From humble beginnings in 1759, Arthur Guinness signed a 9,000 YEAR lease on St. James’s Gate Brewery in Dublin, and it’s undoubtedly become one of the world’s most iconic beers.

While you may have sipped on Guinness in your native land (it’s brewed in 49 countries) there’s nowhere like drinking Guinness than in its home and indulging in at least one pint during your Ireland vacation is one of the unmissable things to do in Ireland.

Trust me, it tastes so much better in Ireland, and I acquired the taste while living in Dublin. There’s even a study that claims to scientifically prove that Guinness does not travel well, and the freshest Guinness is the best-tasting Guinness!

This dark, creamy alcohol was born in Dublin and is now so iconic that the Guinness Storehouse is the most visited of the Ireland…