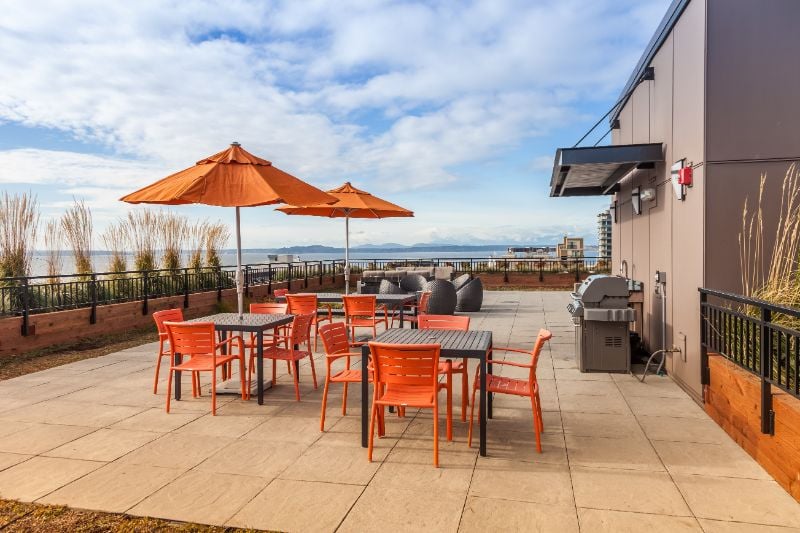 Without a doubt, Seattle is a food lover’s paradise. With Washington being a coastal state with easy access to fresh seafood and so much land dedicated to agriculture, there’s an abundance of farm-to-table dining in the Emerald City, not to mention cuisine from all over the world.

It’s hard to narrow down the best restaurants in downtown Seattle, especially since people’s preferences and budgets vary — but there’s no denying that locals and tourists alike tend to flock to a few select spots and for good reason.

Some downtown Seattle restaurants are hard to find, while others may require a bit of a splurge or making reservations weeks in advance.

Still, if you’re willing to make the effort, you’ll be rewarded with some incredible meals. These are the best places to eat in downtown Seattle, with a few more top eateries in other Seattle neighborhoods and culinary experiences thrown in for good measure.

1. Enjoy Acrobatics and Fresh Italian-American Food at The Pink Door

Located in Pike Place Market’s elusive Post Alley, The Pink Door has been dazzling diners since 1981. The space was renovated several years ago, allowing for more sweeping views of the Seattle waterfront and a more authentic Italian vibe. But in spite of its new additions, it still has the look of an old-fashioned eatery.

The food here is consistently fantastic, featuring classics like lasagna and spaghetti along with some seasonal specials, most made with locally sourced ingredients. But what really sets this place apart from other restaurants is the entertainment. The Pink Door’s lounge features nightly acts ranging from trapeze artists to cabaret and Tarot readers.

See related: Best Things to do in West Seattle, Washington

2. Plan for Happy Hour at Japonessa

This trendy upscale sushi spot describes itself as featuring “a Japanese core concept with hints of Latin flair.” They’re certainly doing something right, because Japonessa is one of the most popular restaurants in downtown Seattle, and their second Bellevue location is always packed as well.

3. Take in the Views at Aerlume

Perched above Elliott Bay and…