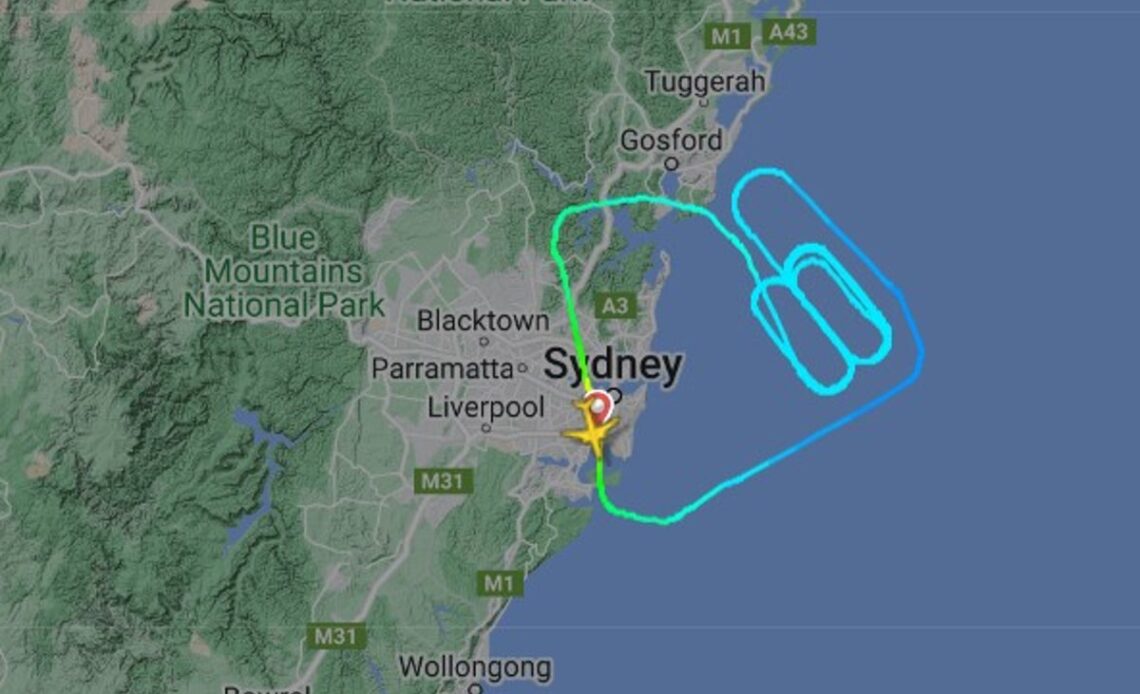 A Qantas flight was forced to make a U-turn after leaving Sydney Airport on Thursday, in the second incident for the airline in two days.

Flight QF101, Sydney to Nadi (Fiji) left Sydney at 8.32am but only made it a short way off the New South Wales coast before a “potential mechanical issue” was identified, said the airline.

Passengers waited as the Boeing 737-800 circled over the waters near the NSW capital for nearly two hours, waiting for a slot to land back at Sydney International, where it touched down at 10.50am.

Qantas said that a fault indicator light had been visible in the cockpit, but there was no emergency situation and, as such, the aircraft was not given priority status for landing.

It follows another Qantas flight making a mayday alert before landing on Wednesday, after one of the engine’s experienced a technical issue.

When a mayday call is issued it means a mode of transport is in serious danger, requiring urgent assistance. However, this alert was downgraded to a PAN alert – meaning Possible Assistance Needed – before the aircraft landed safely at Sydney airport.

Qantas said that no fault was reported with QF101’s engine during Thursday’s incident.

A spokesperson for the airline said: “Our Sydney to Fiji flight returned to Sydney as a precaution after pilots received a fault indicator about a potential mechanical issue.

“The pilots followed standard procedures and the aircraft has landed normally in Sydney.

“Engineers will examine the aircraft. We thank customers for their patience and we are working to get them on their way to Fiji as quickly as possible.”

Fault indicator lights, or warning lights, illuminate in the cockpit when a technical fault is detected by an aircraft’s master system.

Issues flagged could be a loss of cabin pressure or hydraulic pressure, stalls, engine performance and other technical faults.

They are colour-coded, lighting up in blue, amber or red depending on the severity of the problem.