The First Passage to the West with Rocky Mountaineer 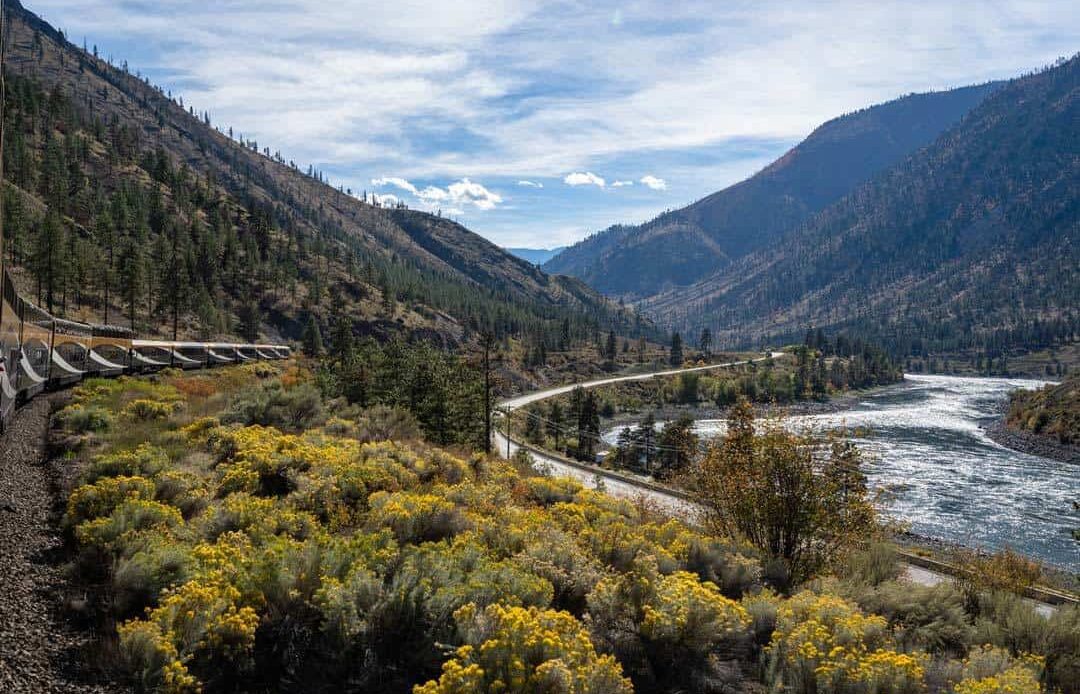 Our complete overview of Rocky Mountaineer’s First Passage to the West train journey from Vancouver to Banff.

If you have ever seen a postcard from Canada, there’s a high chance that the picture will be of the stunning and inspiring Canadian Rockies, the jagged mountain range that sits between British Columbia and Alberta.

For years travellers have been flocking to this place in search of epic views and fun adventures in the heart of the planet’s most picturesque peaks.

There are numerous ways to travel through this part of Canada, but for many who are ticking off things from their travel bucket list, taking a train journey onboard Rocky Mountaineer is the ultimate dream.

As Canada’s premier luxury train operator, Rocky Mountaineer takes guests on a number of various routes through the Great White North’s magnificent mountains, with the most popular one being the First Passage to the West.

Connecting Vancouver in BC with Banff in Alberta, this two-day tour travels right through some of the country’s most diverse scenery.

From the bustling metropolis of Vancouver through to the farmlands of the Fraser Valley, into the Selkirk Mountains and finally high into Canada’s Rockies, this may be the most spectacular train journey in the world.

We travelled on Rocky Mountaineer’s First Passage to the West in 2018 and were blown away by not only the views but also the level of service onboard.

Here’s our experience of what it is like to travel on the First Passage to the West.

After 3 days in Vancouver exploring the incredible city, we were picked up from our hotel, the Fairmont Hotel Vancouver, at 6:30am and transferred by luxury coach to the train station just outside of the city centre.

Despite the early start we were already making friends with the other guests before we had even left the hotel. Everybody was of course extremely excited to be travelling on the legendary Rocky Mountaineer, and the conversations flowed easily.

Upon arrival at the station we were met with fresh juice and coffee, and a phenomenal pianist was setting the mood with classic versions of popular songs such as Bohemian Rhapsody.

We mingled with the other guests and snacked on pastries…